Natural furs are not eco

MSKPU > Natural furs are not eco

Enthusiasts of furs often use the argument that furs are ecological in nature; however, it has never been confirmed by any research. Nor do supporters of fur fashion cite scientific resources. They usually talk about the biodegradable character of natural furs and their exceptional isolating features. When opposed by government reports, independent institutes or NGOs on the negative impact of fur farms on the environment, this argument is illogical and unreasonable.

Farms, as spaces of concentrated production, are typical sources of pollution. Animal waste and scraps from farms go to groundwater and local ecosystems. Resulting from mass animal farming, high methane and phosphorus concentration in waste kill life in rivers and lakes. Therefore, water around farms is usually of low quality or is polluted. In 1991 in the USA, when fur industry was characterised by far worse conditions than nowadays, the Environmental Protection Agency fined fur farms 2.2 million USD for environment pollution96. Only in Finland, where 65% of global fox farms are located, waste equal to the waste of a million of people is produced 97. While analyzing the effect every product has on the environmet, we must also take into account toxicity or water consumption. One of the main important factors showing ecological character of the product is the carbon footprint, i.e. energy consumption level and emission of carbon dioxide to atmosphere. And now the argument of the “green” aspect of fur is illogical. Especially when we take into account its counter-offer – synthetic furs. An unquestionable justification of the non-ecological character of animal furs is the result of research by scientists from the Scientific Research Laboratory at the Ford Motor Company, which proves that to produce one animal fur the company needs 66 times more energy than to produce the same synthetic fur. Similar results were achieved by another prestigious institution – the University of Michigan in the USA98. Taking the above into consideration, it is clear that natural furs are far more devastating for the environment than their synthetic counterparts.
Natural furs may contribute to climate changes due to their “heavy” carbon footprint. 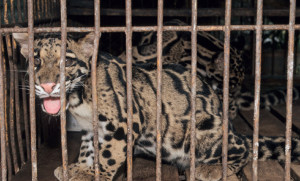 Contemporary industrial processing of natural fur requires faster and more effective process than in the past. In the old days, skin cleaning involved water, high temperature, salt and sun. Nowadays, raw material is stabilized with chemical substances, and that is why some people question the natural and biodegradable character of natural furs and its neutral influence on our health. Formaldehyde or chrome are often used in tanneries – these are substances which, according to the US Environmental Protection Agency, have a devastating effect on the environment and are treated as exceptionally hazardous to our health. It may be shocking that to stabilize collagen in the skin oils of petroleum origin are often used – e.g. cyanide and arsenic. What is more, toxicity and non-ecological character of furs is deepened by the dyeing process. Dyeing companies all over the world are perceived as having a negative effect on the environment due to the large amount of waste released to local waters and emitting chemical gases. These factors lower the environmental values in the surrounding area, but most of all they affect safety. For example, according to the US Centers for Disease Control and Prevention, leukemia cases among inhabitants of areas close to tanneries in Kentucky are five times higher than the country’s average rate. Similar results are confirmed by the New York State Department of Health and the European Commission, treating tanneries and dyeing companies as one of the main problems regarding environment99.

Statistical data on fur production affecting natural environment100.
Data from: M. Bijleveld, M. Korteland, M. Sevenster, The Environmental Impact of Mink Fur Production, DADelft 2011
– Approx. 150 kg of CO2 is emitted to atmosphere during production of 1 kg of mink scalps
– 2 – 28 times higher is the negative effect of natural fur production on the environment than of the natural fabrics production
– 563 kg of feed are needed to produce 1 kg of fur mink scalps 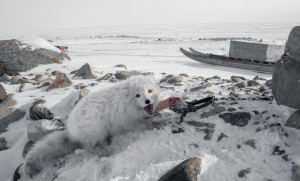 Threats for fauna and flora

If we talk about the natural environment in the context of natural fur prodcution, it is worth mentioning once again the beginnings of industrial farming of fur animals. First fur farms were created around the 18th and 19th century. Thousands of wild animals were imprisoned, and also new species were transported to new geographic regions, thus causing danger to the local fauna and flora.

Beside the ethical issue – the reckless management of freely living species – the fur industry caused an avalanche of many more ecological problems. Animals that escaped from farms and adapted to local conditions became a mortal threat to the existing ecosystem, the example of which can be the American mink. Faster and more agile than the European mink, its American counterpart significantly distressed the power structure in the environment. Its physical advantages are important for the populations of rodents and birds, so far being beyond the reach of the European mink, but now being an easy target for the American mink. Local ecosystems are not prepared for such a strong new intruder. Rabbits in Australia, foxes in Alaska, raccoon dogs in Europe or coypus in the USA are the “species” side effects of farms’ implementation.

Talking about the dangers posed by fur fashion on the enviornment it is worth mentioning hunting. Approx. 15-20% of global fur production comes from outside fur farms. This is due to the fact that some exotic animals, desirable because of their unique fur, are impossible to breed for industrial purposes. Their delicate nature does not allow them to withstand the farming conditions.

When analysing global fur industry turnover, it is clear that 15-20% are millions of wild, free roaming animals, being killed each year for fashion. Each year, hunters and pouchers catch and kill exotic cats, wolves, bears and many other animals. It decreases population of common and protected species, whose skins are used for aesthetic needs.