Digital design, embraced in words of 3D design, metaverse, NFT and Web3 is taking its stage. It is more and more popular everyday, thus gaining such skills are crucial for all designers thinking seriously about their career in fashion.

This is confirmed with the hunting after NFT designers in fashion industry now, where the renumeration for a 3D fashion designer is even up to 200 Euros per hour. Here we share a short interview with an eccellent 3d in fashion creator – Ilyas Darakchiev, who will teach you at our 1 year intense course.

You are already a highly recognized NFT designer, working for Adidas, where your create virtual shoes. Could you share with us, how did your adventure with fashion and with Adidas started?

Hello! Thanks for calling me “highly recognized”.  Unfortunately I can’t speak too much about job that I do for adidas, because of contract. But in the past I was working as footwear designer for some brands belonged to Sportmaster company. And I had 6 years experience of drawing the shoes for physical production. 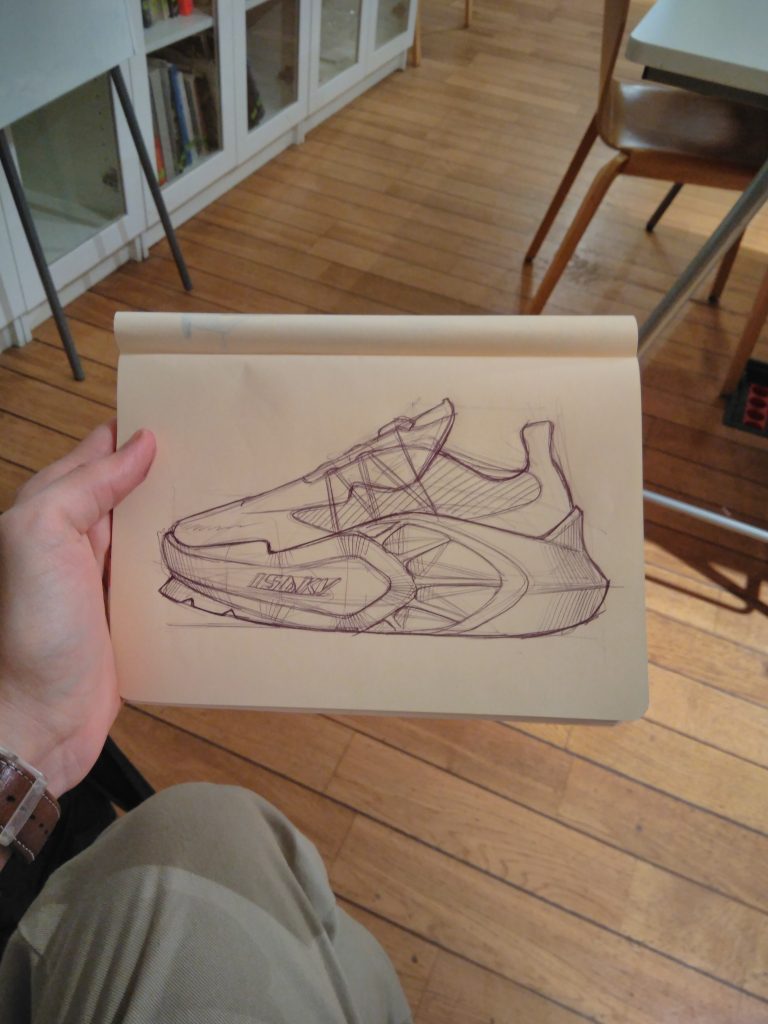 At that time I also started to learn 3D, just as a hobby. And once I got an idea to make my own virtual footwear brand, which I called ISDKV (institute of sneaker design and kicks virtuality).

I also found other digital fashion designers and we started to collaborate. So, that’s how I ended up with selling of non-existing shoes, publishing them in fashion magazines and change my career from designer to 3D designer. 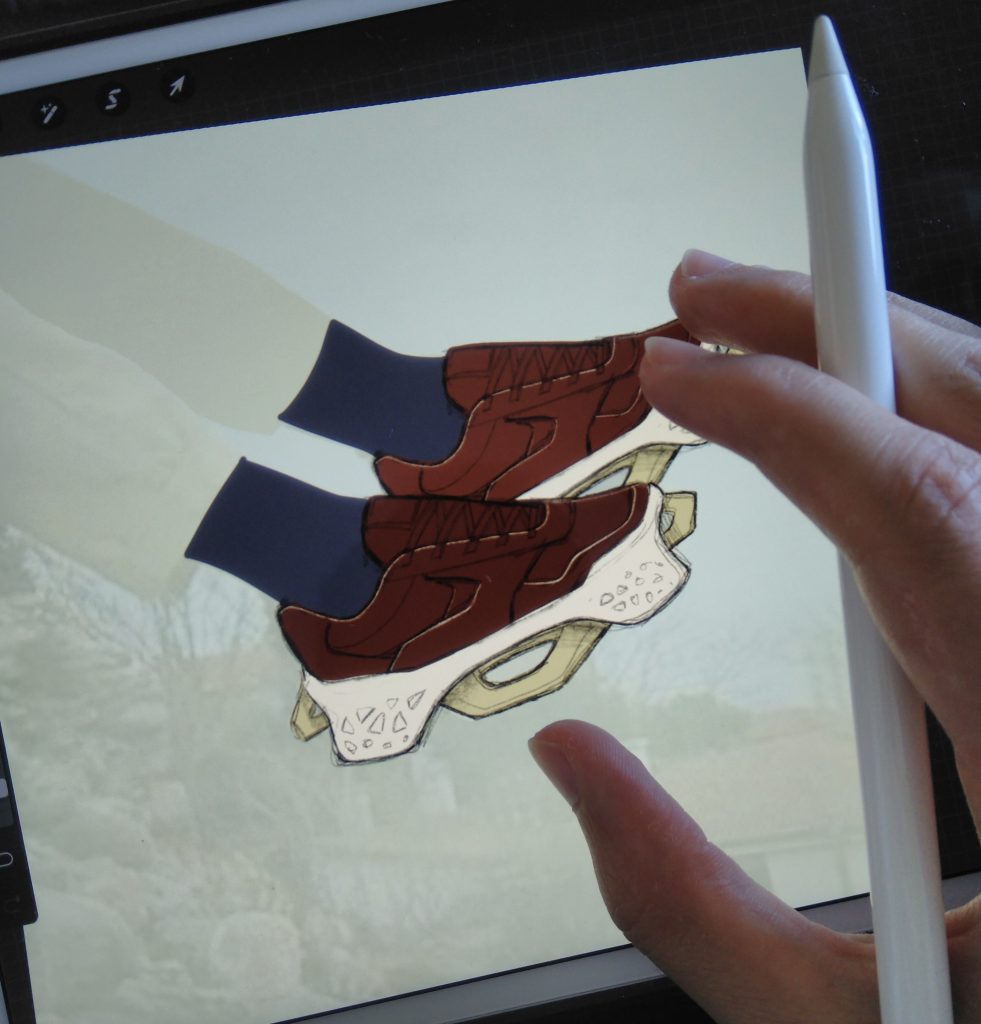 Could you share a bit the secret of such work specifics? What we mean, how is your work organized on a daily basis, how long does it take to design one pair of virtual footwear?

When I did my personal projects, it took me about a month to create new 3D model of the shoe. That’s was so long also because of lack of tutorials. But even now, I think that shoe is a complex object, which requires a time. 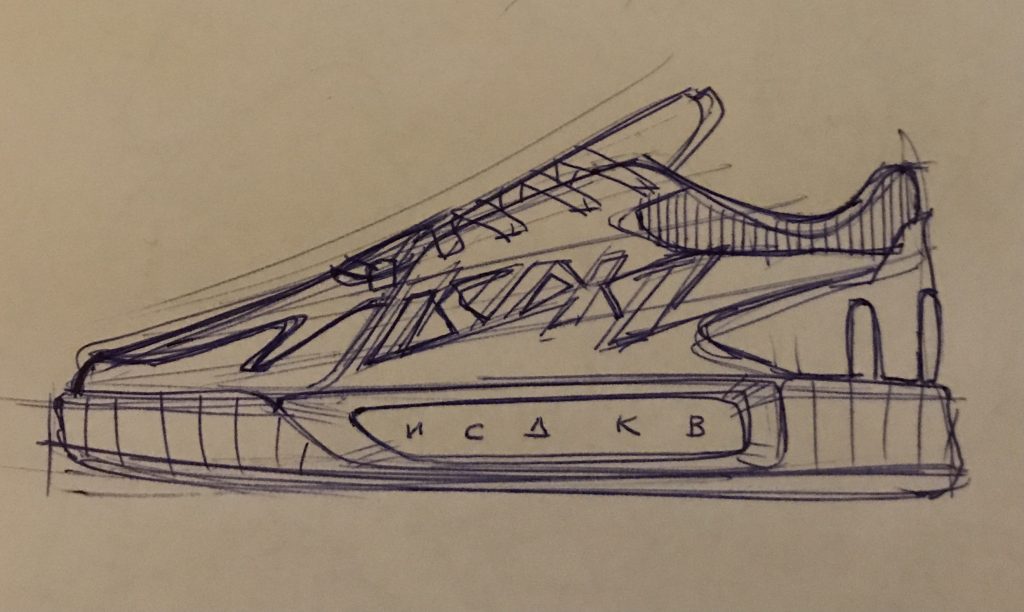 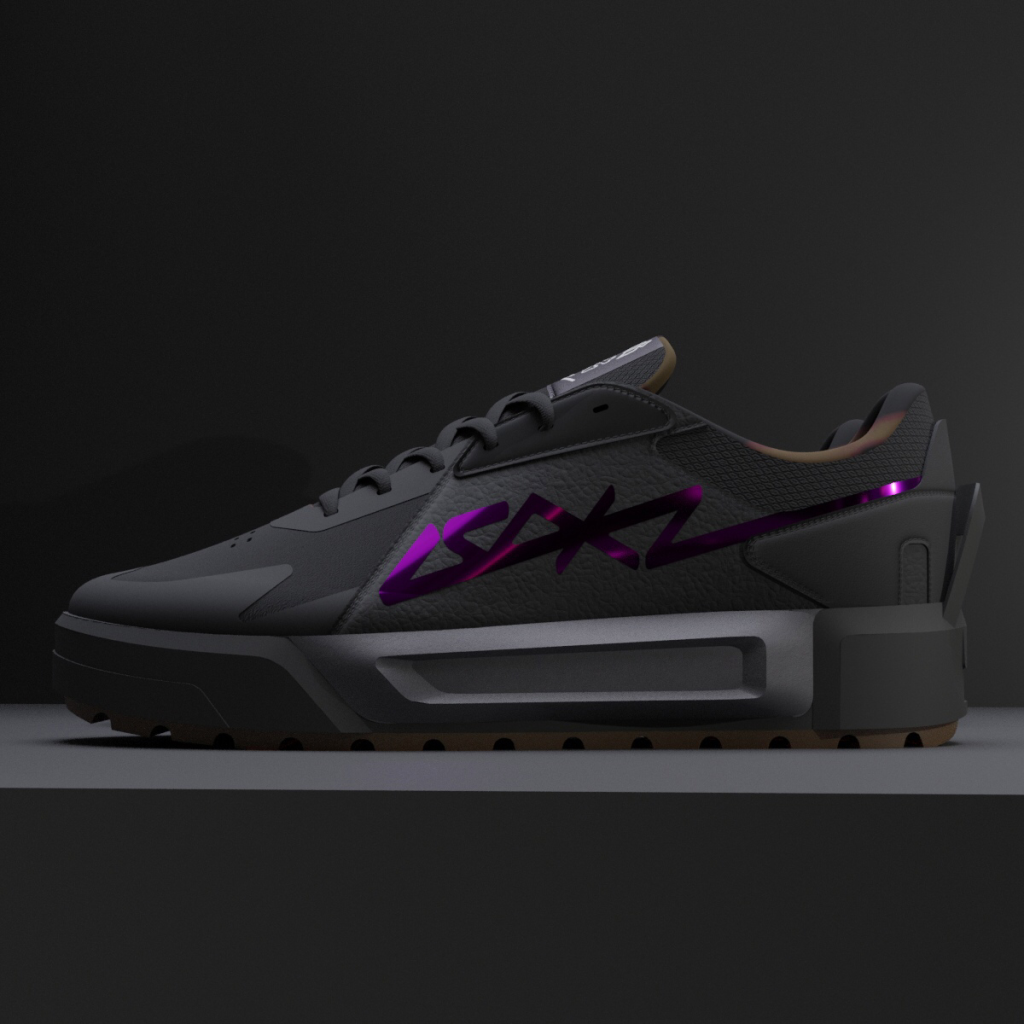 Before 3D I always had a sketch, made on paper or with ipad. Because if you want to change the line in 3D, it may be annoying. Better if you have a completed idea in 2D that you can follow without big changes.

Which design was your biggest success?

Depends how to measure the success.

Money-wise it’s “Tetrapods” model. More than digital 100 copies of this model were sold as NFT, approximately for 15.000€ in total. And one copy was secondary time sold for 2.3 ETH. 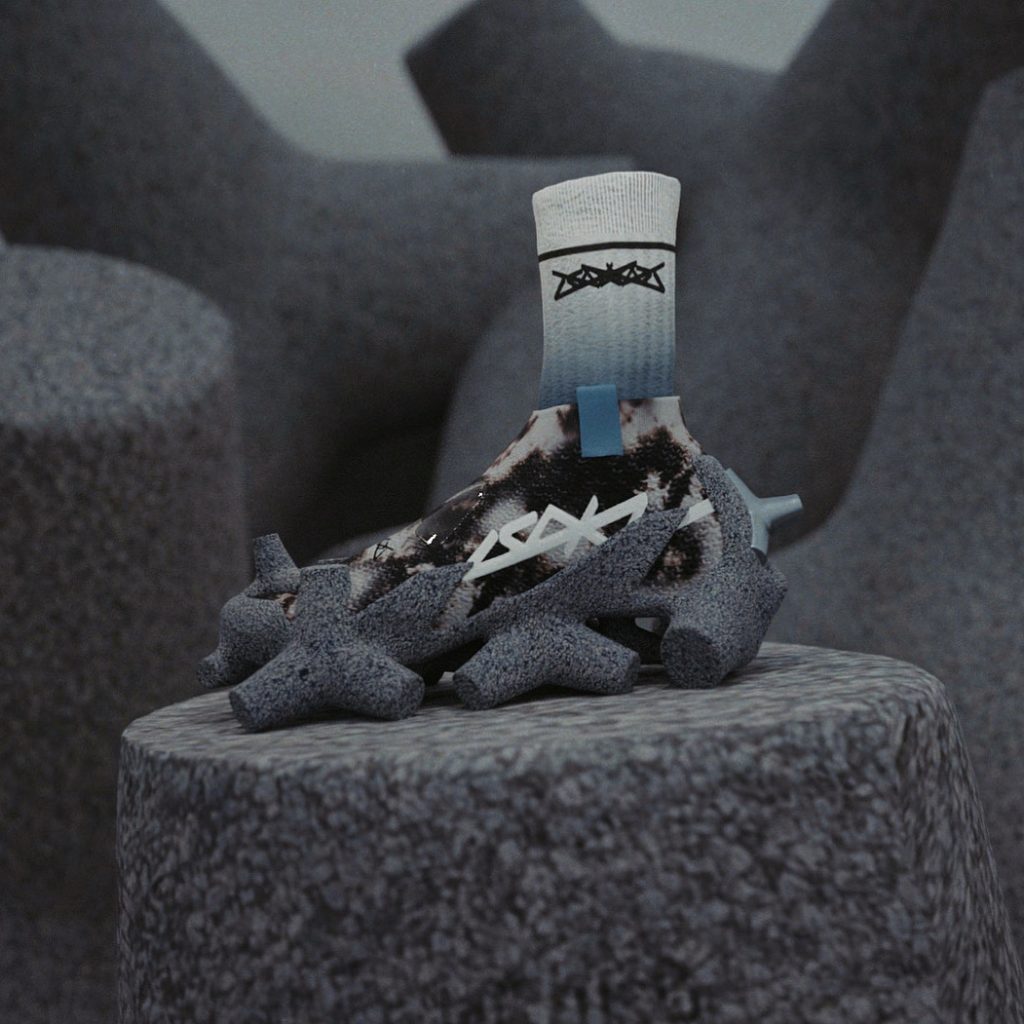 Media-wise the most successful is “RAN” model. It was published in Forbes magazine and also in Vogue, where it was worn by Maye Musk – a model and mother of Elon Musk. 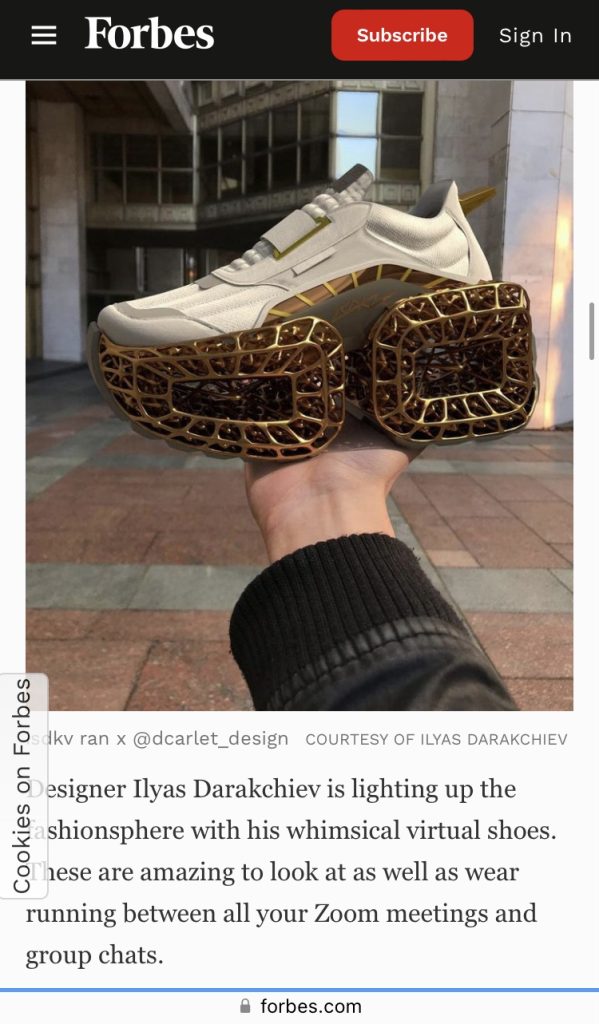 But all these success are happened with great help of Futures-Factory and DressX agencies. 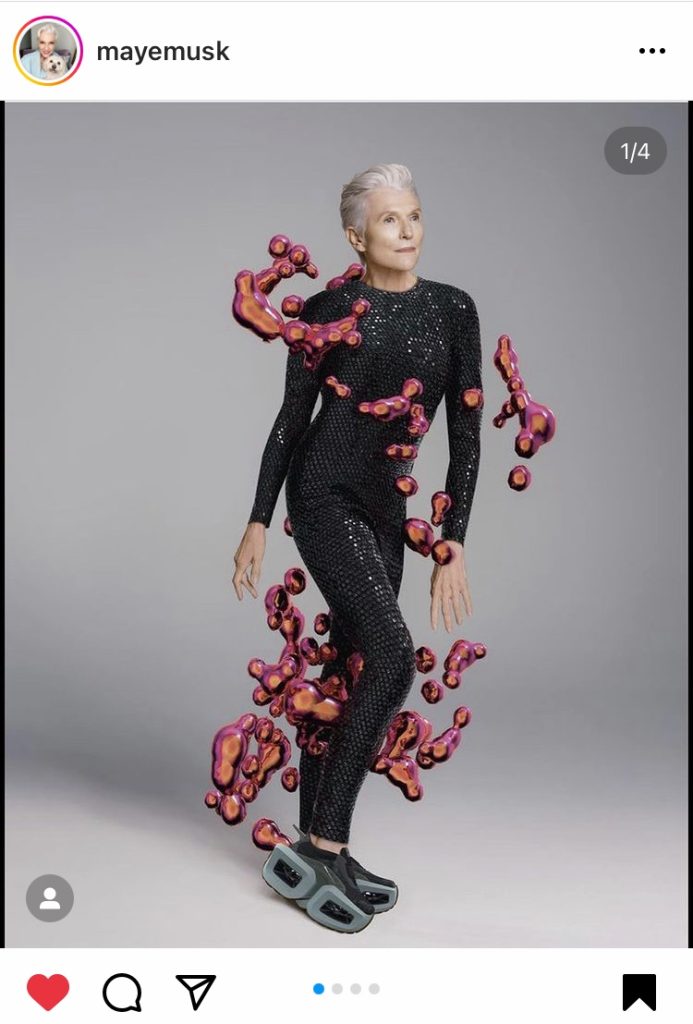 So, that’s why fashion designers need not just creative talent but also collaboration and communication skill.

Details on the course page.